Where to find our products 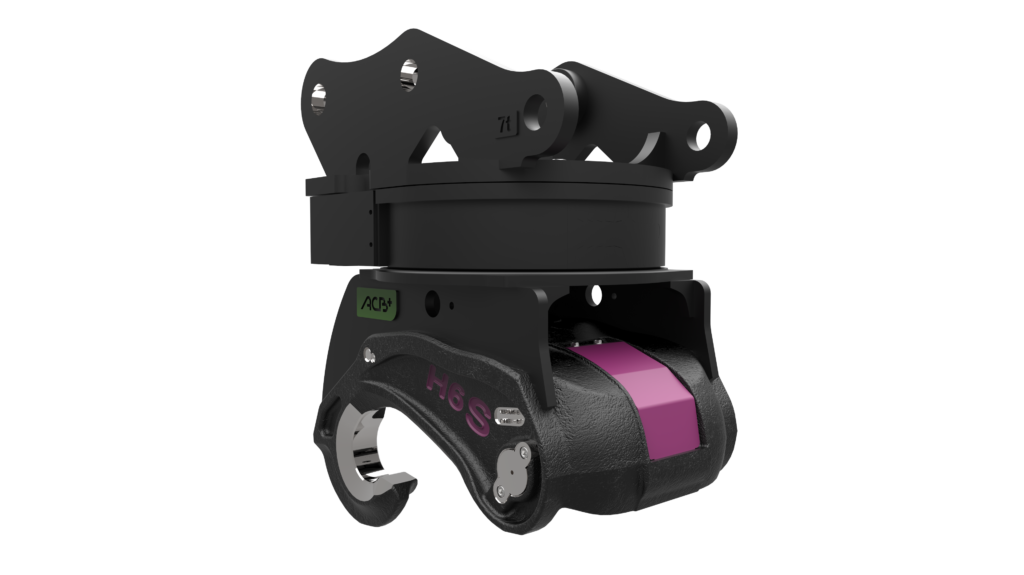 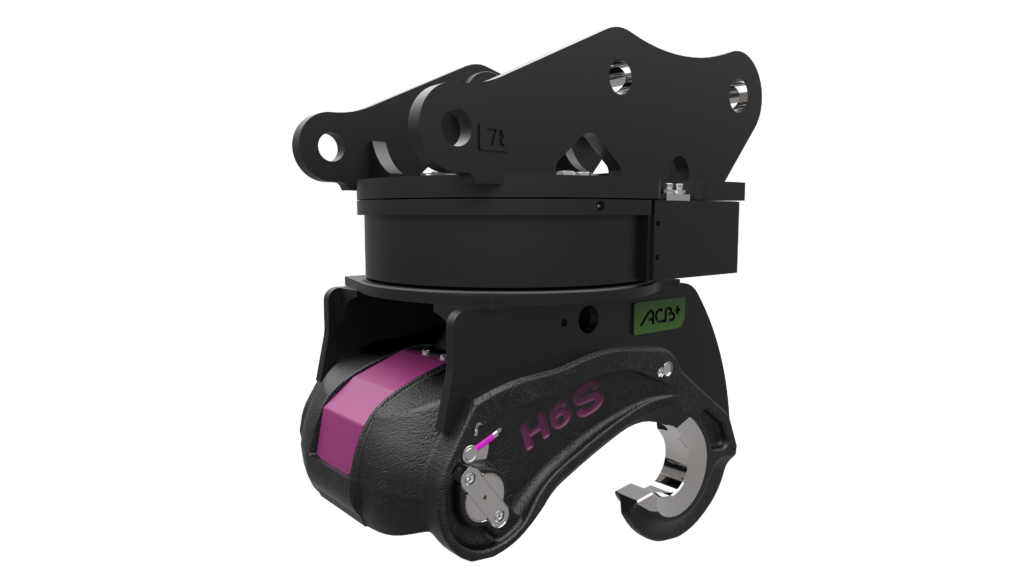 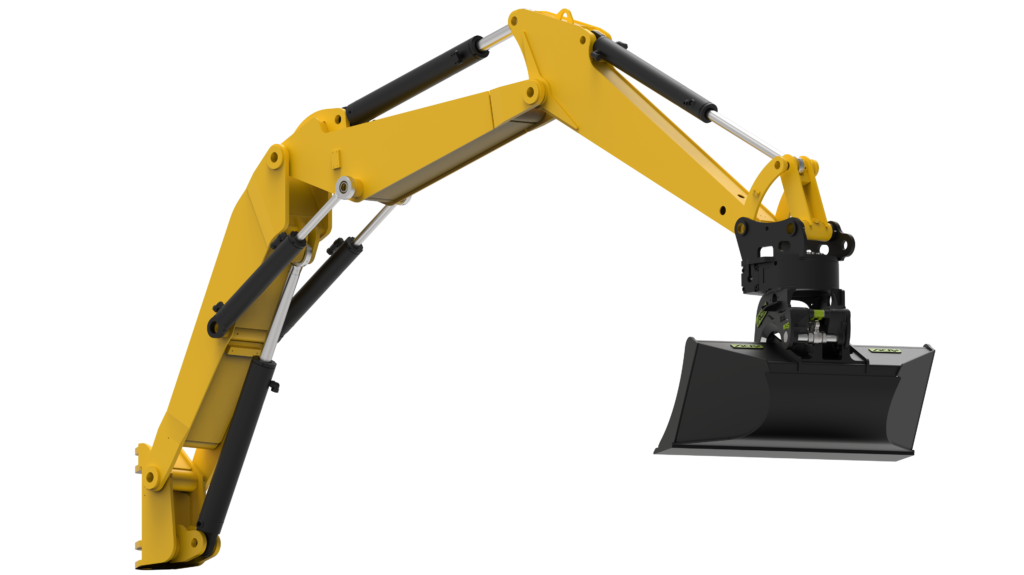 As a major designer and manufacturer of tools and quick fasteners, ACB+ designs its couplers in the respect of the geometries imposed by the machine manufacturers. Thus, machine performance is entirely conserved.

The rotating coupler has a broad range of applications. It provides a multi-function capability and the reversibility of all compatible tools.

Using the 360° rotation, do up to 80% of the work of a tilt-rotator for a much lower cost. The orientation function is available in the hydraulic coupler version and allows very precise working, particularly for roads and networks.

Did you know that an rotating coupler offers even more possibilities than an inclinable coupler?  This same coupler does up to 80% of the work of a tilt-rotator for a much lower cost!

Compared with a conventional coupler, the rotating coupler offers a time saving of 10% in excavation, 30% in networks and 50% in construction, while also eliminating manual work.

It’s the perfect solution for your work site multi-function requirements. It has a broader range of utilisation than inclinable couplers and provides the required precision, particularly for roads and networks applications: complex form embankments, tipping and filling of trenches, mound working, rockfilling, moving pallets, working around a pipe, sorting, compacting, hydraulic hammer, etc.

Driver familiarisation with the hydraulic H6S rotating couplers is simple and quick due to their compact design and their driving through a single hydraulic function in the cab. The worm gear system provides high precision and 360° rotation. The rotating coupler also provides reversibility for all your accessories.

No complex conversion or extra equipment is required to install the hydraulic H6S rotating coupler. Most machines have 2 auxiliary lines and the line with the highest flow rate is kept to feed tools such as the HRB.

In fact, the HRB can be used occasionally, thus avoiding sandwich assemblies.

The hydraulic H6S rotating coupler is equipped with a hydraulic revolving joint, the flow rates of which allow a hammer or a gripper to be used (standard for hydraulic coupler and, on option, an electrical connection.

The hydraulic H6S rotating couplers are compliant with standards EN474-1 and ISO13031:2016

The hydraulic H6S rotating couplers have a compact design, thus maintaining the maximum performance of the machine.
They are equipped with a specifically designed and sized worm and wheel coupling protected by a high resistance monobloc housing, fully sealed for a longer life. The components are carefully selected for their mechanical robustness and their resistance to wear, allowing the occasional use of a hydraulic breaker.

Only a few movements are needed to lock the tool.

For the hydraulic coupler:  Unlocking by simply pressing the control unit in the cab unhooks the tool. In the case of a hydraulic problem, the H6S coupler can be unlocked using a standby key, thus providing service continuity

The module is easily identified through the use of a colour code on the casing and on the standby unlocking key. This advantage is particularly appreciated in multi-module installations.

The module ident. is also engraved the couplers and tools.

The rotating hydraulic coupler H6S  is identified by the colour violet.

The hydraulic H6S rotating coupler is suitable for mini-excavators from 15 to 18 tons. It is equipped with a lifting ring, designed to be used with the shackles recommended by ACB+.

All the tools in the Morin Original system M6, can be used with the rotating hydraulic coupler H6S, which is pinned onto the machine with the original pins.

The rotating hydraulic coupler H6S is also available with the Nordic S and Verachtert CW and SW systems installed.

The universal scraper was specifically developed for optimum rotation and the HRB may be used occasionally.

The hydraulic H6S rotating couplers are compliant with standards EN474-1 and ISO13031:2016

Like all the hydraulic couplers in the Morin Original system, the hydraulic H6S rotating coupler has a dual safety system comprising an

The overall system is equipped with an indicator that is visible from the cab, to visually confirm proper locking.

* according to standard ISO6015:2006 Methods of determining tool forces 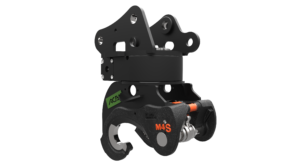 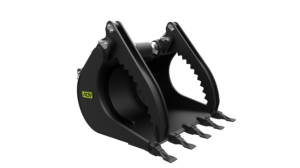 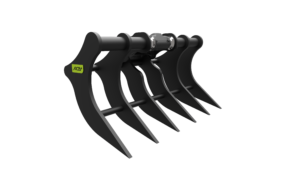 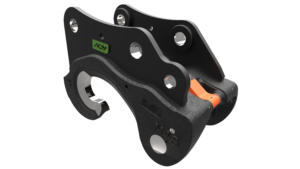 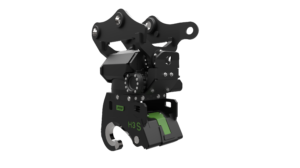 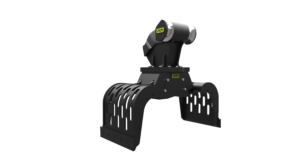 We use cookies on our website to give you the most relevant experience by remembering your preferences and repeating your visits. By clicking "Accept All", you consent to the use of ALL cookies. However, you can visit cookie settings to provide controlled consent.
Accept allRefuse allCookie preferences
Manage consent

This website uses cookies to improve your experience when browsing the website. Of these cookies, the cookies that are categorized as necessary are stored on your browser as they are essential for the working of basic functionality of the website. We also use third-party cookies that help us analyze and understand how you use this website. These cookies will only be stored in your browser with your consent. You also have the option of disabling these cookies. But disabling some of these cookies may have an effect on your browsing experience.
Required Always Enabled
Necessary cookies are absolutely necessary for the website to function properly. This category includes only those cookies that provide the basic functionality and security features of the website. These cookies do not store any personal information.
Functional
Functional cookies help perform certain functions such as sharing website content on social media platforms, collecting feedback, and other third-party features.
Analytics
Analytical cookies are used to understand how visitors interact with the website. These cookies help to provide information about the number of visitors, bounce rate, traffic source, etc.
Third-party
Social networks and video sharing services improve the user-friendliness of the site, enrich its content, increase its visibility and help promote it through content sharing. You can disable third-party cookies by clicking the switch below. For any additional information on how social networks and video-sharing services issue and use these third-party cookies, please read their privacy policy.
Others
Other uncategorized cookies are those that are being analyzed and have not yet been categorized.
Save & Accept